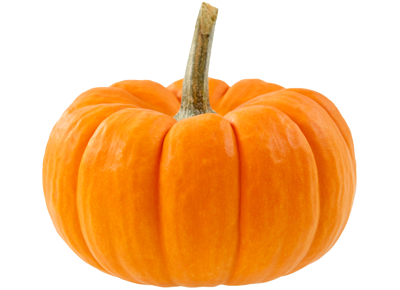 Winter squashes are the oldest squashes, and are often mistaken for pumpkins. Red kuri squash is a type of winter squash which has a distinctive chestnut flavor. These vegetables rich in provitamin A and a source of vitamin C bring sunshine onto winter plates.

Winter squashes (pumpkins) and red kuri squashes have a high water content, like all vegetables in the gourd family, and are rich in provitamin A (beta-carotene). This vitamin favors iron metabolism, tissue health, night vision, immunity, and growth.

Winter squashes (pumpkin) and red kuri squashes keep well and are available year-round. However, they are mainly eaten in the middle of fall and winter, from October to January.

Winter squash is an herbaceous annual that grows well in rich, well-drained soil, in full sun.

To learn everything you need to know about growing winter squash, read the page on growing advice.

How to prepare winter squashes (pumpkins) and red kuri squashes

They are extremely easy to prepare. Do not peel them! Their skin becomes tender once they are cooked, and is edible. Red kuri squashes have thinner skin than winter squashes.

Cut them in half and remove the seeds only (they are edible, too).

Anti-waste tip: Just like pumpkin seeds, red kuri squash seeds can be roasted in the oven (20min) with a bit of olive oil and some spices (curcuma, curry, or others). They are great as a starter or to add some crunchiness to soups and salads.

Raw: It is less common to eat raw winter squashes or red kuri squashes, but it is possible, and unique! Dice them and serve them with citrus fruits and/or mangoes, fresh herbs, and a slightly sweet vinaigrette. Delicious! They can also be grated and are a wonderful substitute or addition to grated carrots in salads with raisins and hazelnuts, or any other dried fruits or nuts.

Cooked: They add a splash of color and richness to soups, risottos, stews, and curries. They are also delicious in gratins and purées.

Slightly sweet, they are used to make desserts (pies, cakes, muffins, and even sorbets) with a beautiful shade of orange.

Starting at 12 months, children will like winter squashes or red kuri squashes in soups, purées, and desserts (cakes, sweets, etc.).

Origins: The countries that produce the most winter squashes are China, India, and Russia.

Red kuri squash is originally from Japan, which is still the main producer, followed by Germany, France, the Netherlands, England, and the United States.

Varieties: Winter squashes (Cucurbita maxima) are the oldest squashes. They are round, ribbed, and flat at the two extremities. Their skin is very tough, and they can be yellow, orange, or green depending on the variety:

One is often mistaken for the other. In English, the word “pumpkin” is often used for both, and the same trend is seen in French with the word “citrouille” (pumpkin) replacing “potiron” (winter squash) because of the repeated influence of English during Halloween and in Disney movies (where Cinderella’s carriage turns into a pumpkin, not a winter squash).