According to the UN’s Food and Agricultural Organization (FAO), 75% of the world’s crop diversity was lost in the last century. Partly to blame is our production model, which promotes seed standardization. This spurred Quebec organization Arrivage (formerly Chef514) to launch an initiative to rescue endangered seed varieties.

The principle is simple. With a catalogue of endangered seeds tucked under his arm, Arrivage’s founder Thibault Renouf contacts chefs who value local produce to see if they’d like to help save a particular seed. “It’s a chance for chefs to cook with Crapaudine beets, Red Zebra tomatoes or Dragon carrots—varieties they couldn’t get from big distributors,” says Renouf. The next step is to find a farmer to grow the seed. Then a partnership is born. “Chefs know farming is unpredictable, and that farmers may have to deal with pests, changes in weather or even birds.” Étienne Huot, chef at La Récolte – Espace Local restaurant, certainly does. There was nothing Thierry Poniewiera of Ferme Olac could do when birds ate his entire Baie-Saint-Paul fava bean crop! 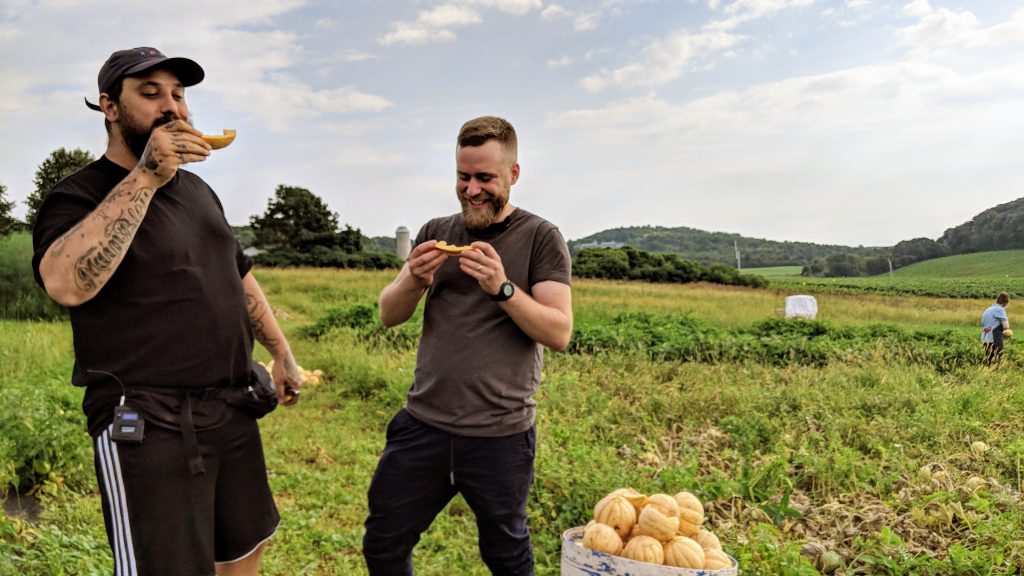 On the whole, Renouf helps create success stories. Since the start of summer, he’s been present every time growers have delivered their produce to chefs, and when chefs have harvested the crops themselves. Mousso restaurant chef and Oka melon sponsor Antonin Mousso met Manon Dolbec on her farmland this summer and together they harvested this miraculous fruit. The Oka melon, created in Quebec in 1910, disappeared from the Belle Province in the ’60s. Rediscovered by chance in a U.S. seed catalogue, this heirloom variety was reintroduced on a very small scale in Quebec in 2014. “Chefs working with Gardiens de semences are committed to saving endangered varieties and introducing people to forgotten ones,” said Renouf. And the farmers love working directly with chefs in a close partnership.

In 2018, its first year, Gardiens de semences partnered 14 chefs with 8 growers to protect 14 endangered seed varieties. The 2019 goal is 50 seeds. Given the growing interest in local produce and sustainable consumption in Quebec, consumers are bound to support the initiative—and biodiversity.