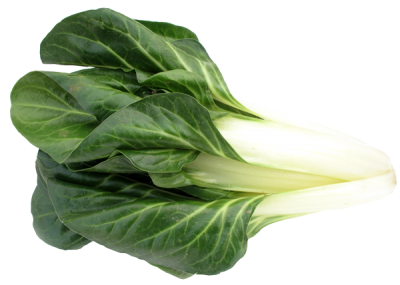 Chard and Swiss chard are the same vegetable! This vegetable is only eaten cooked, with different cooking methods for the stem (spine) and leaves because they require different cooking times. It is rich in beta-carotene and very low in calories.

The green part of the chard leaf is particularly rich in pro-vitamin A, or beta-carotene, an essential vitamin for the skin, tissues, and vision. So, don’t throw it out — cook it!

Chard is also a source of:

When is the right
time to eat chard?

From June to November.

To learn everything you need to know about growing chard, read the page on growing advice.

How to prepare chard:

Stems and leaves don’t have the same taste so they are prepared differently.

The leaves are perfect in omelets, sweet pie (a Niçois specialty), or ‘tarte al djote’ (a Belgian specialty).

You can make delicious quiches, tarts, soups, and gratins using the stems.

Babies can eat chard from the age of 6 months. The leaves, which are bitterer than the stems, will probably have to be offered to the child several times before they get to like them. Another reason to start feeding it to children from six months is that children accept 80% of foods offered to them and develop their palates. After 12 to 18 months, children reject more foods, particularly if they are bitter. It’s better that they learn to like the maximum number of vegetables before this age.

For older people, the best recipe to get them to like chard is definitely a lovely golden gratin baked in the oven! Generally, any combination of chard, cheese, and béchamel sauce is a success. The long cooking time required for gratins makes the texture of the stems less fibrous — older people generally don’t like fibrous textures — and is also good from a nutritional perspective as a source of dairy and calories, both of which they need!

Origins: Chard is mainly grown in Italy, France, and Spain.

Varieties: For a long time, there were only two types of chard – red-stemmed chard, or white-stemmed chard, but at the end of the 19th century, the vegetable became very popular, with eight to ten varieties grown. Swiss chard, silverbeet, and perpetual spinach are other names used for the different varieties, with colors varying from light to dark green, and red, purple, or silver.

The two most common varieties in Europe today are white chard with green stems, and green chard with white stems. They are divided into several regions, for example, ‘from Nice’, or ‘from Ampuis’, for green chard.

Did you know? Chard is not the same as cardoon (link), as the former has edible leaves and stems, while only the stem (stalk) of the cardoon is edible.