Canada is one of the biggest food wasters among developed countries. And nearly 50% of the country’s food waste* is generated by consumers. Canada’s National Zero Waste Council decided to take action, and in July 2018, launched the Love Food Hate Waste (LFHW) campaign to encourage Canadians to change their food habits.

Fruits and vegetables make up nearly half of food waste

According to the National Zero Waste Council, the average Canadian household wastes 140 kg—$1,100—of food each year. Across Canada, nearly 2.2 million tonnes of edible food are thrown out annually, costing the country over $17 billion.

All types of food are tossed into the compost bin or garbage. But the most wasted food products by weight are vegetables (30%) followed by fruits (15%), table scraps (13%), bread and pastries (9%) and dairy products and eggs (7%). The conclusion is that Canadians often waste good food because they buy too much and don’t know how to store it properly. 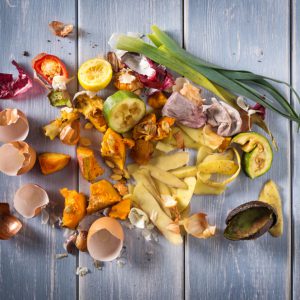 LFHW Canada is modelled on the Love Food Hate Waste campaign launched in the UK in 2007. In just five years, that initiative cut food waste by 21% and saved £13 billion (CAD$22 billion).

The message is simple: learn to store food properly so it stays fresh for longer, get creative to use all the food you buy, and plan meals better.

The LFHW Canada website is full of tips and practical advice to help you get started. The Waste-Free Produce Guide explains how you can keep fruits and vegetables fresh. For example, revive limp vegetables by placing them in ice water for 5 to 10 minutes. You’ll also find information on drying, freezing and canning food, as well as meal planning. Plus, the “fridge harvest” recipes will give you ideas for using up food that would be tossed otherwise.

According to the National Zero Waste Council, food labels contribute to food waste. What’s more, a recent Quebec study shows that for nearly 30% of Quebecers, the best-before date is why they throw most food out.

The National Zero Waste Council is therefore calling for a reform of food labelling to reduce confusion. It believes labels with “use by,” “freeze by” or “tastes best before” dates would be more useful, and that this change would cut food waste in half by 2030.

During Government of Canada consultations held in 2017 to develop A Food Policy for Canada, the food waste issue was a priority for the public. New initiatives should therefore be launched soon.