You did not have the chance to participate in the latest Louis Bonduelle Foundation Conference that focused on urban agriculture? You were there, but would like to review the key messages? This is the first part of our detailed coverage of the event!

The 11th Louis Bonduelle Foundation Conference addressed the issue “City & agriculture: Reconciliation or Dissociation?” in the prestigious and symbolic setting of UNESCO House in Paris, in partnership with the UNESCO Chair in World Food Systems. For the first time in 11 editions, the event lasted for an entire day. The morning featured talks by a historian, a philosopher, an agronomist and a geographer. The afternoon involved the presentation of scientific partnerships and actions on the ground by the Foundation, as well as a round-table debate on urban agriculture between the audience and 4 experts on the subject.

This document contains summaries of the talks, a list of Conference participants (almost 300 delegates coming from across France, but also Africa or Canada), as well as portraits and key figures on the Foundation’s different scientific partnerships, such as with Manger vers le Futur with the ANCA Chair, ECOG and the Louis Bonduelle Research Award.

Photos from behind the scenes at the Conference

This edition was also exceptional because of the setting: UNESCO House, which is the set of buildings housing the  headquarters of UNESCO (United Nations Educational, Scientific and Cultural Organization) in Paris. It consists of two separate, stunning sites, which are home to numerous works of art. We offer you a tour in images, including glimpses of what went on behind the scenes at the event, which was rich in discussions and debates. 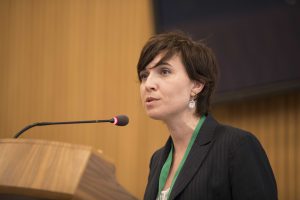 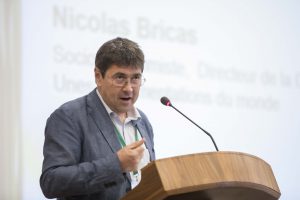 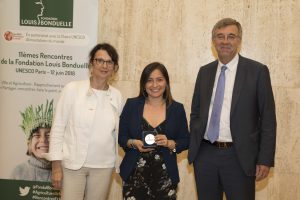 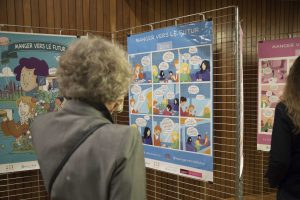 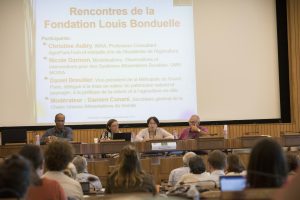 You can look at the thread of the event on our Twitter account, following the hashtags #rencontresFLB2018 and #agricultureurbaine. We have compiled a report of the main elements of the day in tweets and images. Every element of this report is clickable. Our next report will be interviews with the Conference’s main experts. You can already watch this interview with Antoine Jacobsohn, agronomist and manager of the Potager du Roi in Versailles.

THE THREAD OF THE EVENT