Two reports on the fresh vegetable market review the most popular choices in Quebec. Plus, MAPAQ issues a decree to better inform consumers about the origin of vegetables.

This post, which follows on from a previous post on vegetable production in Quebec, reviews fresh vegetable consumption in Quebec and the rest of Canada. The data comes from two documents drafted by the Ministère de l’Agriculture, des Pêcheries et de l’Alimentation du Québec (MAPAQ).

Most common vegetables on the Quebec market

The northern climate and wealth of black muck soils are a winning combination for vegetable farmers in Quebec, who are the leading producers of certain field vegetables in Canada: lettuce, carrots, onions, cabbage and broccoli. Greenhouse and organic vegetable production are also expanding, with lettuce, tomatoes, cucumbers, peppers and various specialty vegetables—different coloured tomatoes, cocktail tomatoes, cherry tomatoes and mini cucumbers—dominating the market.

This means Quebecers can buy a wide variety of local vegetables in supermarkets, greengrocers and public markets. Short channels, such as farm stalls, pick-your-own places and community-supported agriculture (CSA) are also increasingly popular.

Onions, tomatoes and lettuce: The most popular vegetables in Canada and Quebec

Fresh vegetable consumption in Canada increased by 5% over 10 years, from 66.4 kg per person in 2006 to 69.7 kg per person in 2015. In the same period, processed-vegetable consumption dropped by 6%. The three most popular vegetables in Canada are lettuce, dry and green onions, and tomatoes. Kohlrabi, spinach, parsnips and Brussels sprouts are gaining. 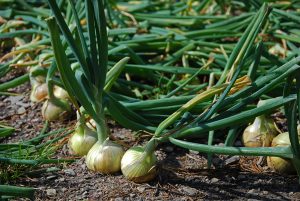 Quebec’s top five favourites are onions, carrots, tomatoes, cucumbers and lettuce. Consumers are also buying more and more ready-to-use vegetables like bagged salads and new kinds of vegetables, such as kale, okra, bok choy, squashes, ginger and yams. This is partly due to ethnic communities’ interest in some of them.

In North America, there is a growing interest in organic vegetables. The most in-demand products among organic shoppers in Quebec are fruits and vegetables, mainly due to concern about pesticide residues.

MAPAQ issues a decree on information about vegetable origin

According to MAPAQ analysts, Quebecers are concerned about the traceability of locally grown vegetables. So, it’s in the interest of vegetable growers to provide better information about the origin of local vegetables.

The recent regulation issued by MAPAQ addresses this consumer need, stating that the origin of fruits and vegetables must be clearly indicated at points of sale. It “prescribes the mandatory use of certain expressions to indicate the origin of fruits and vegetables grown in Québec that are sold loose or prepackaged.” The expressions to be used are “Product of Québec,” “Grown in Québec,” “Harvested in Québec” or “(Name of product) of Québec.”

The aim is to make information more transparent for consumers and promote local products on the fruit and vegetable market. It’s also hoped that if people are better informed about vegetables grown in Quebec, they’ll eat them more often.