Download the monograph below or read this article to learn more

Over the past ten years or so, studies of future prospects have multiplied, drawing attention to the challenge posed by the ever increasing number of mouths to be fed on a planet endowed with limited resources and faced with the consequences of climate change that need urgently to be addressed. Diets will have to evolve to become healthier and more sustainable.

Concretely, for those living in the developed countries it is a matter of reducing consumption of animal products, red meat in particular, and switching towards plant-based products.

Against this background, administrations in many countries, including Brazil and Canada, have recently updated their dietary recommendations, highlighting the importance of a diet containing mostly plant-based products. Though there are, as yet, no unified recommendations at the European Union level, individual EU members have not resisted this movement. Among them, Belgium and France recently introduced new nutritional policies. In addition, a commission of international experts, the EAT-Lancet Commission on Food, Planet, Health, published in early 2019 its definition of a healthy and sustainable diet on a world-wide scale as well as a set of recommendations to accompany it. Notably they advise that “global consumption of fruits, vegetables, nuts and legumes will have to double, and consumption of foods such as red meat and sugar will have to be reduced by more than 50%”.

In 2011, the Louis Bonduelle Foundation decided to give some attention to one particular aspect of the issue and to do so in a precise geographical context. This gave rise to the publication «How to increase vegetable consumption in Europe?». In 2016, the International Year of Pulses, the Foundation looked at foods derived from vegetable proteins, from which it published the monograph “Plant-Based Protein: Responding to New Challenges”. In 2019, with this monograph, we are presenting an update on these topics, and in doing so have adopted a more international perspective. 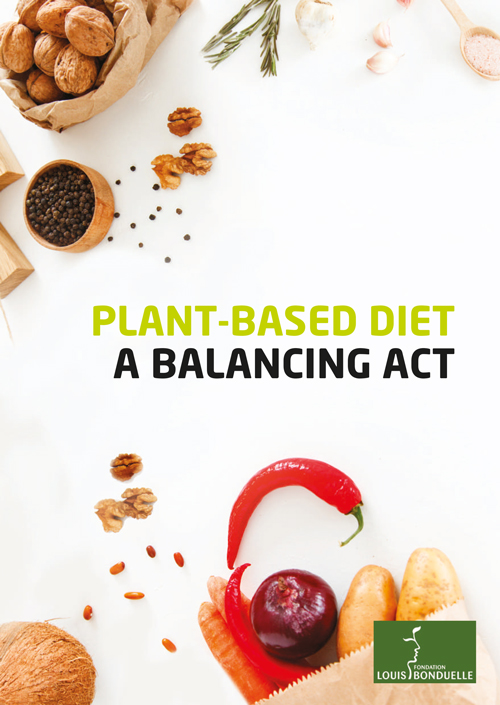 The objectives of this monograph are to: