Saving money and the environment and feeding the world’s growing population… There are plenty of reasons to get people to reduce food waste. Let’s take a closer look at this alarming, albeit avoidable phenomenon!

There are plenty of initiatives to combat food waste cropping up around us, an encouraging sign that some of the stakeholders in the food chain are aware of this colossal problem. According to the FAO, approximately 1.3 billion tonnes of food are wasted or lost every year, or a third of the food that is produced for human consumption1. 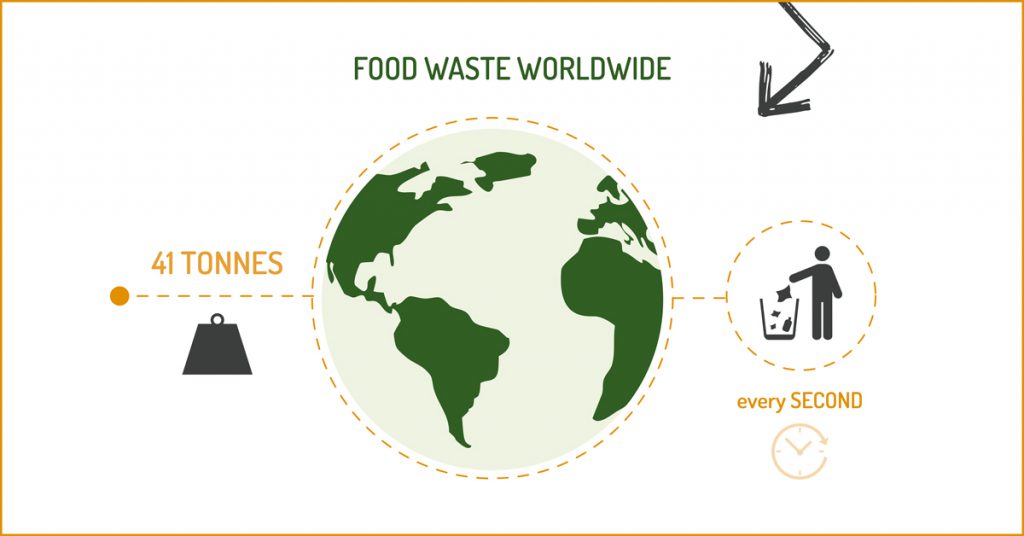 Feeding the world in 2050 by reducing food waste

Nowadays, consumers can make a choice from an extremely diversified and abundant range of foods. Demographic growth will only aggravate the situation, however, because the global food production must increase by 60% compared with 20062 to feed the 10 billion people living on our planet by 2050. And this production increase may be compromised by the climate change that the agricultural sectors of the world are experiencing.

A better use of the available food could thus have a crucial impact. According to estimates, we would need to increase global food production to feed the world in 2050 by “just” 25%2,3, if we cut food waste by half. Reducing food waste would thus also reduce the pressure on natural resources and contribute to ensuring global food security.

See also: The link between food waste and a balanced diet

The difference between food waste and food losses

Food losses and food waste occur throughout the food chain.

Foodstuffs that are lost in the supply chain, which encompasses every stage from its production to its distribution, are considered food losses. These food losses are caused by problems that occur prior to the harvest (climate conditions, parasites…) or during the harvest, the processing, the warehousing, the conditioning or the transport of this food. Often, this is caused by a lack of tools, infrastructure, technology, skills and/or knowledge.

Food waste occurs at the commercialisation and consumption stage. The term refers to food for human consumption, that is:

The paradox of developed countries and developing countries

Contrary to what one might think, the food losses and waste are comparable in developed and developing countries. They amount to 670 and 630 million tonnes each year respectively. The causes are, however, very different for these two parts of the world5.

Although the developed countries waste food at each level of the food chain, the waste is most consistent at household level. In Europe, for example, consumers are responsible for 53% of all food waste6. In the United States, households discard approximately 150,000 tonnes of food every day, which corresponds to 1/3 of the daily calorie intake of Americans7.

In the developing countries, the food losses and food waste mainly occur at the early stages of the food chain, i.e., in production and processing. The contribution of consumers to food waste is very low in these countries. Every inhabitant wastes 6 to 11 kilos of food a year, i.e., 10 times less than consumers in the developed countries2.

Plant foods are most affected by waste

According to the FAO8, the following food products have the highest wastage and loss rates:

How a plant-based diet reduces our carbon footprint

What is the cost of food waste? 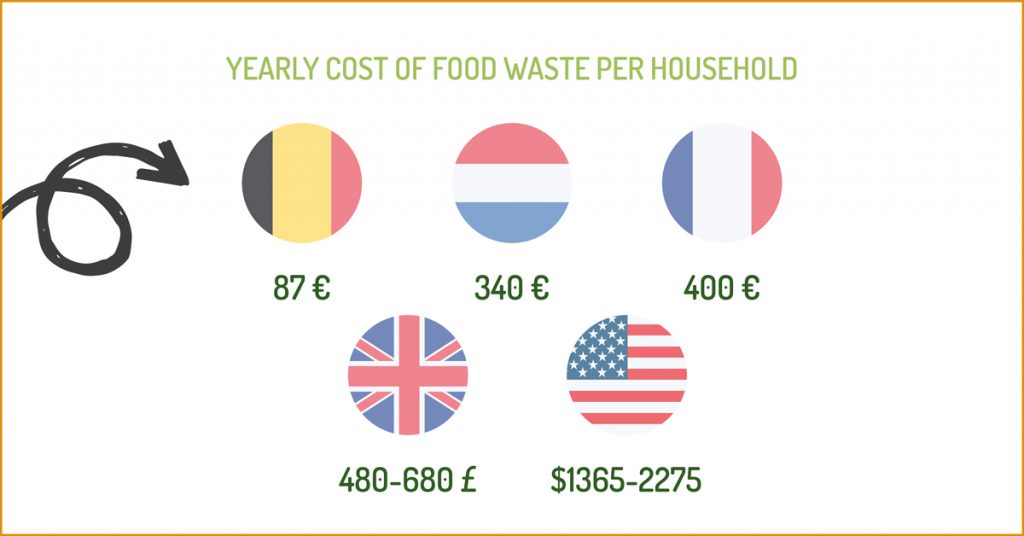 The production and the disposal of food that will never be consumed have a detrimental environmental impact. This needlessly uses resources such as energy, arable land, water, fuel, fertilisers and pesticides.

Find out more about our 2014 Conference on Food Waste