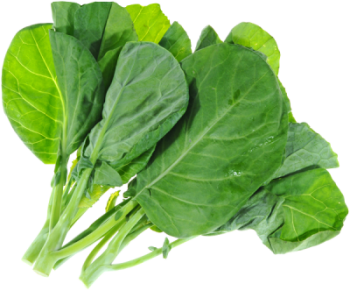 Bitter greens include the shoots and buds of plants such as broccoli rabe, turnips, and cabbage, harvested before flowering. They have a somewhat nutty flavor, bitter and spicy.

Packed with provitamin A!

A serving of bitter greens is enough to cover your daily value of provitamin A and beta-carotene! The body transforms the latter into vitamin A. Vitamin A plays a role in iron metabolism, skin and mucous membrane health, eyesight, immunity, and growth.

Bitter greens are available year-round but are more abundant between fall and spring.

To learn everything you need to know about growing bitter greens, read the page on growing advice.

How to prepare bitter greens

Wash the leaves and cut off the bottom of the stems if they are too hard.

Since these fresh leaves are so bitter, they need to be cooked, whether sautéed or boiled.

Children can begin eating bitter greens, prepared like spinach, starting at 6 months. However, children may not like their bitterness and may find them easier to eat pureed with potatoes.

Everyone can enjoy bitter greens, especially those who like bitter flavors.

Where do they come from?
Origins and varietie

Origins: The Galicians (from northwestern Spain) are major producers and consumers of bitter greens. In Italy, broccoli rabe shoots are particularly featured in southern cuisine (from the province of Bari).

Varieties: In French and Spanish, “grelos” literally means “buds.” The word designates certain bitter greens such as broccoli rabe shoots (Brassica ruvo), which are harvested before flowering and taste like a more bitter version of broccoli. Grelos also include turnip tops and the last leaves harvested just before flowering (called grelos de nabos in Spanish or cime di rapa in Italian), as well as cabbage leaves harvested before the plant flowers (grelos de couve in Spanish). Grelos have pointy leaves that surround a green bud that resembles a head of broccoli. They have a somewhat nutty flavor, bitter and spicy.

Chinese cabbage is lighter green in color and is not bitter or spicy at all. Its bud opens into small, yellow, edible flowers. This vegetable probably comes from a wild herb related to turnips that developed in China or the Mediterranean region. It can now be found throughout the entire world.